Yellow Birds found in the UK

There is nothing more cheering than noticing the first bright splashes of colour appearing in our gardens after a long dark winter.

From the first bulbs peeping through to the first blossom blooming on the boughs the view from our windows is always made more lovely by the addition of colour. Spring flowers are not the only source of colour to be found however. The British Isles is home to some of the most colourfully birds.

Most birds are marked to blend into their surroundings. In the case of smaller birds, this is to protect them from the sharp eyes of predators. For larger birds such as raptors, camouflage helps with hunting. If their prey can’t see them coming, they won’t have time to make an escape!

Birds, like all wild animals also use colour to attract a mate and protect a territory. Many birds have flecks of bright red, orange, blue, green and even yellow on their wings. How many yellow feathered birds have you managed to spot in your garden lately?

Here is a list of some of the UK’s best dressed birds to keep an eye out for this coming year. 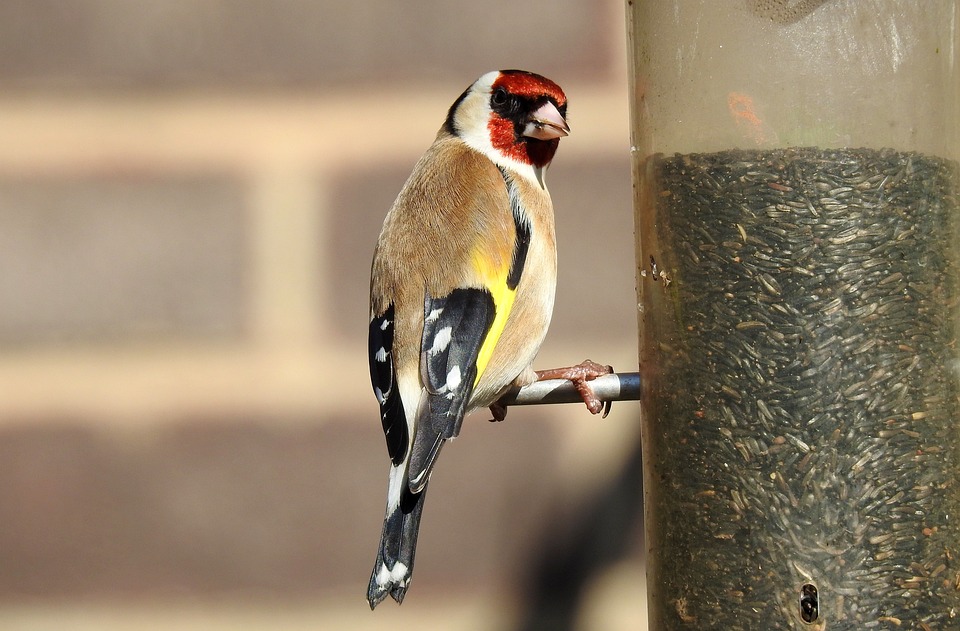 Goldfinch are seed eating birds. Although a little shy, they will visit bird feeders from time to time. To spot them keep an eye out for their bright red faces and flash of yellow on their wing. Goldfinch are small in size, measuring only 12cm in length. They are social birds and often live in large groups so you may well spot more than one at a time. 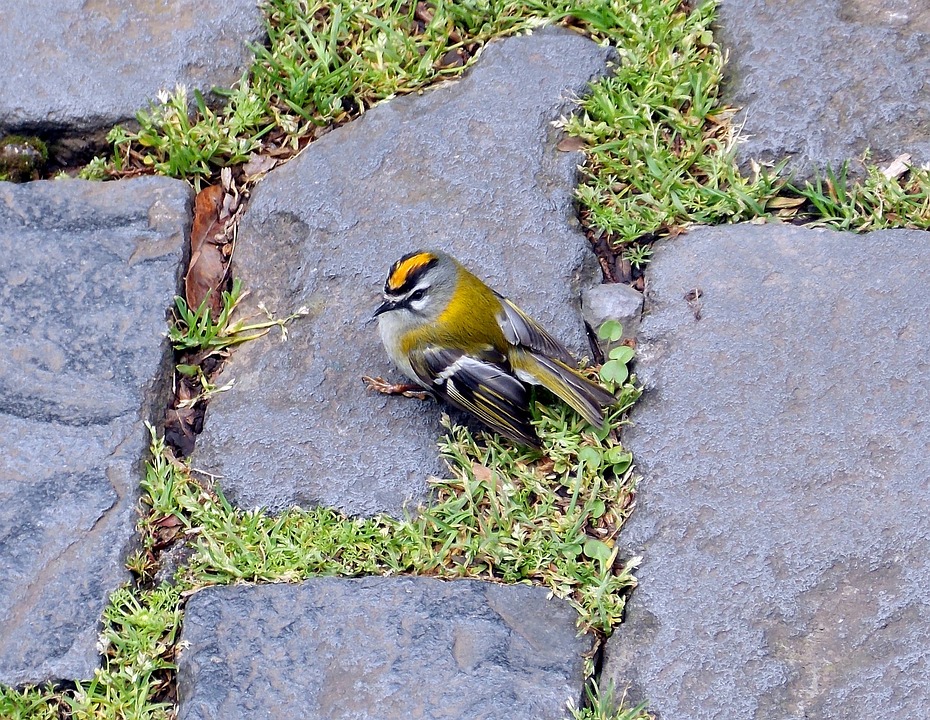 This rare bird is one of the smallest birds in Britain. Firecrest loves to make its homes in the comfort and shade of evergreen forests. Though similar in appearance to the Goldcrest, this tiny bird can be identified by the striking black and yellow stripe on their head and its distinctive bronze collar.

It is unusual to see them at the bird table, but they can be attracted to softened mealworms on a ground feeder. 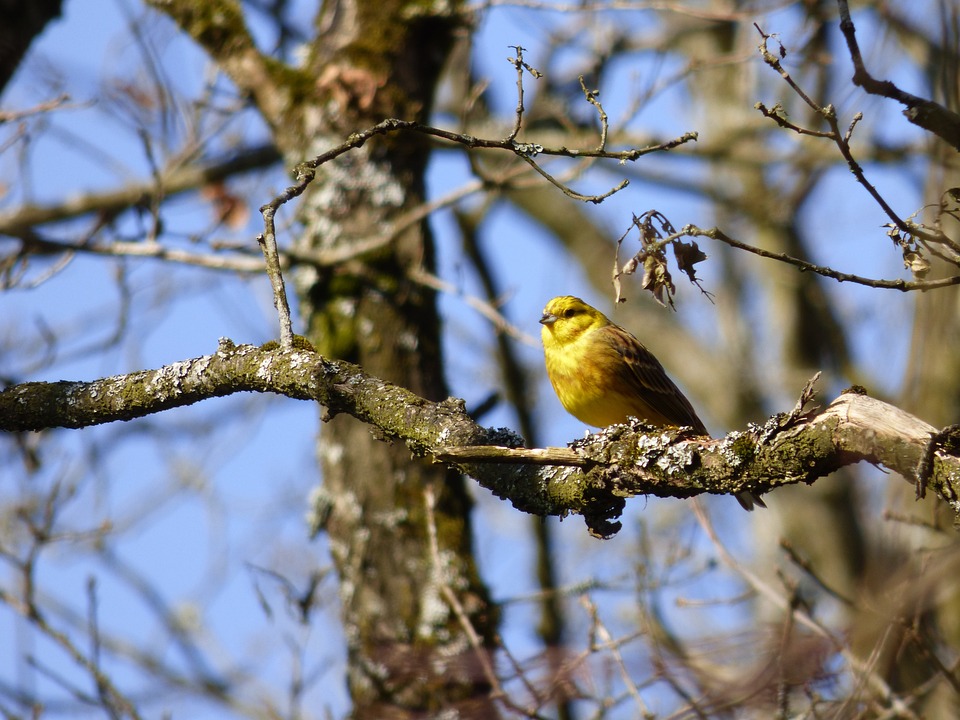 Though found across the UK, yellowhammer numbers have dropped in recent years and they are now a red-listed species. Factors such as the removal of habitats and feeding grounds such as hedgerows have been blamed for this. Yellowhammers feed on seeds, grains and blackberries and will be attracted to finch mix on ground feeders.

The Great tit is the largest tit. Although woodland areas are their preferred habitats, they will happily visit gardens. Their presence at bird feeders can often be quite disruptive and noisy as they scrap with smaller birds for the best seat at the table. They are easy to spot and are identified by the bright flash of yellow on their breast, the black cap on their heads and their olive green cape.

The Blue tit is smaller and less aggressive than the Great tit. It has consistently been voted into the top ten of Britain’s most well-loved birds. Its sweet appearance combined with it’s blue cap make it easy to spot.

Blue tits and yellow tits will eat mealworms, mixed seed and peanuts from hanging feeders. They are also fond of suet pellets. 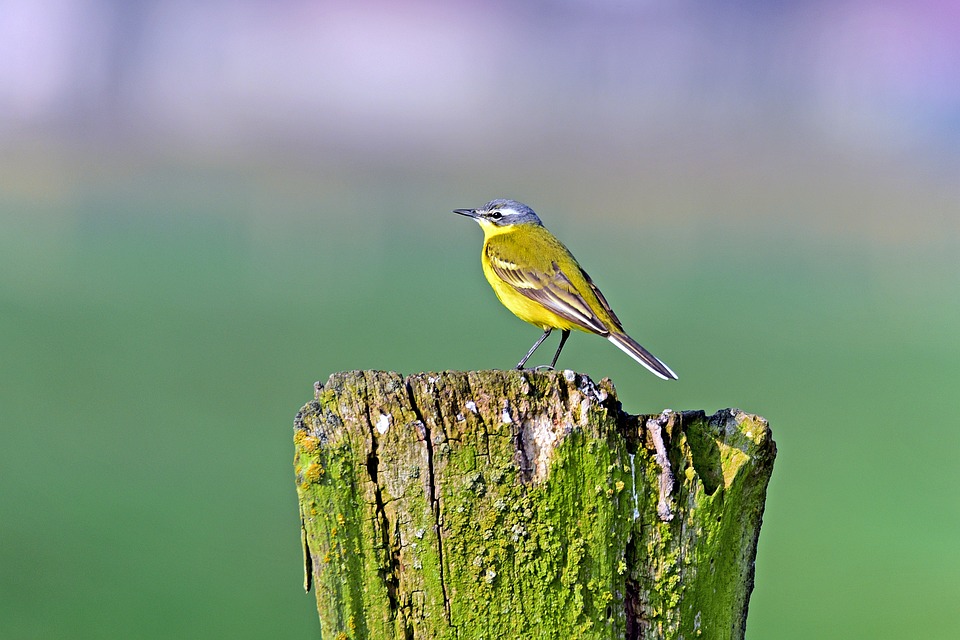 Unlike, its commonly seen pied cousin, the yellow wagtail has a soft, buttery, yellow plumage. Sadly, the population of Yellow Wagtail have fallen by around 75% since the 1970’s. They nest on the ground in fields, meadows and grasslands often close to wetlands or marshlands. Modern farming methods have been blamed for the decline in Yellow Wagtails.

The RSPB has created some key land management guidelines to help protect this beautiful species.

The Chiffchaff is from the warbler family. It can be spotted by it’s distinctive bobbing tail and its sleek yellow striped eye. It is a small bird measuring only around 12cm in length. It can often be spotted catching insects mid-flight. 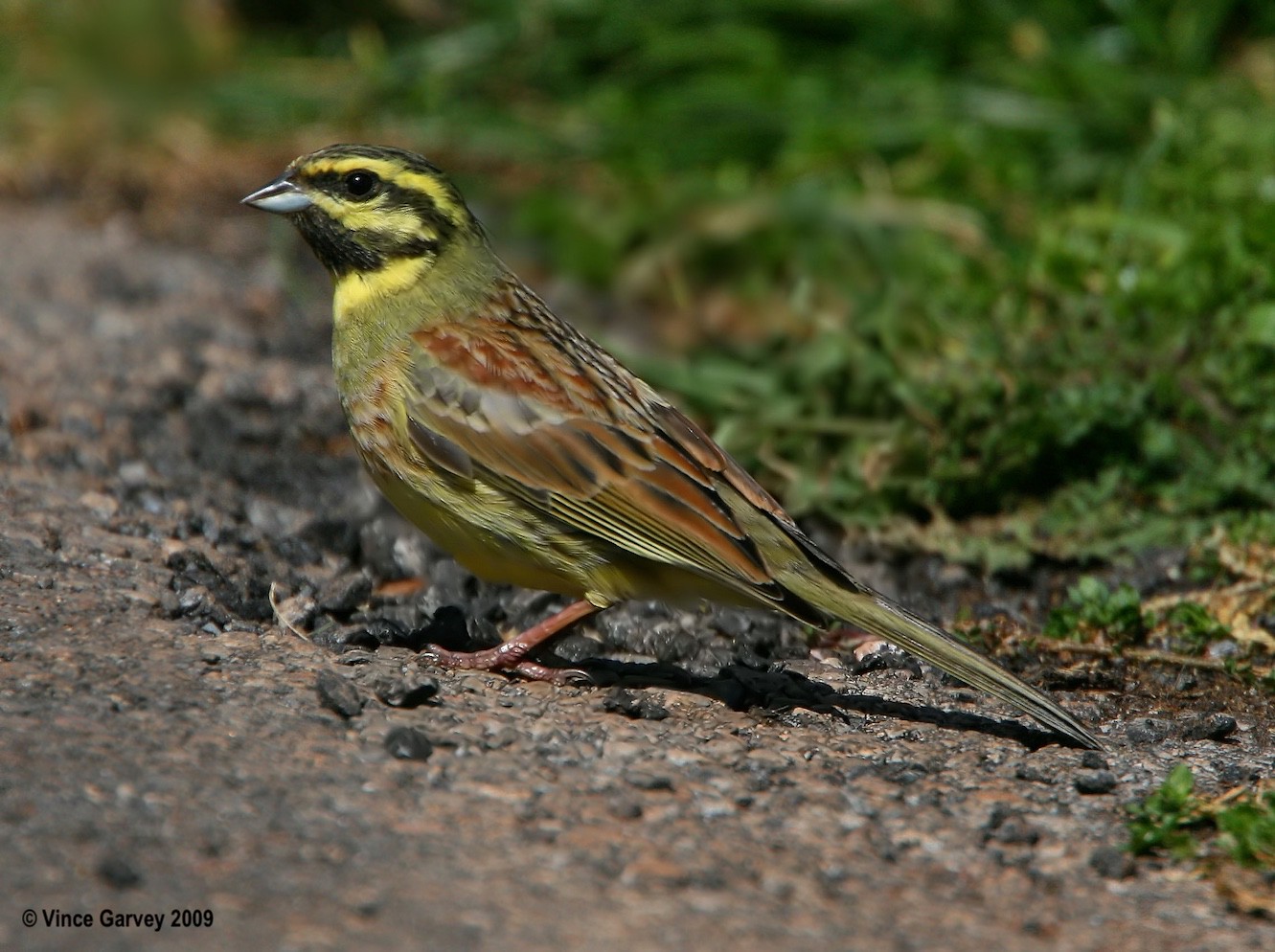 Related to the Yellowhammer Cirl Buntings are found almost exclusively in Devon. According to the RSPB, Cirl Buntings were once common throughout farmland in southern England but were almost completely wiped out by modern farming practices during the 20th century. Happily, for this sweet little bird, positive land management practices have contributed to the increase in numbers from 118 breeding pairs in 1989 to 700 pairs in 2003. 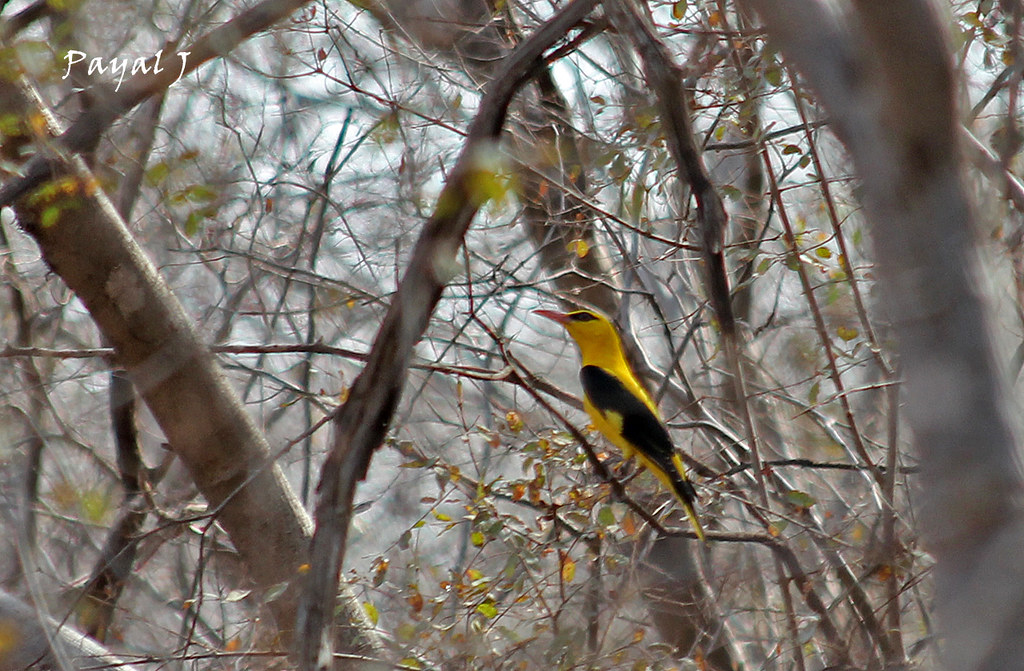 Gold Orioles are elusive birds with a beautiful dawn song. They are covered in bright yellow plumage and feed on berries and insects. Being passing migrants you will only find them in the months of May and June. Their favourite roosts are Poplar Trees nearby water such as the RSPB’s Lakenheath reserve in Suffolk.

The Siskin is part of the extensive Finch family. As with many other species, the male is far more brightly coloured than the female, boasting a distinctive yellow, green striped body, black create and bib. The Siskin is most prevalent in Scotland and Wales. 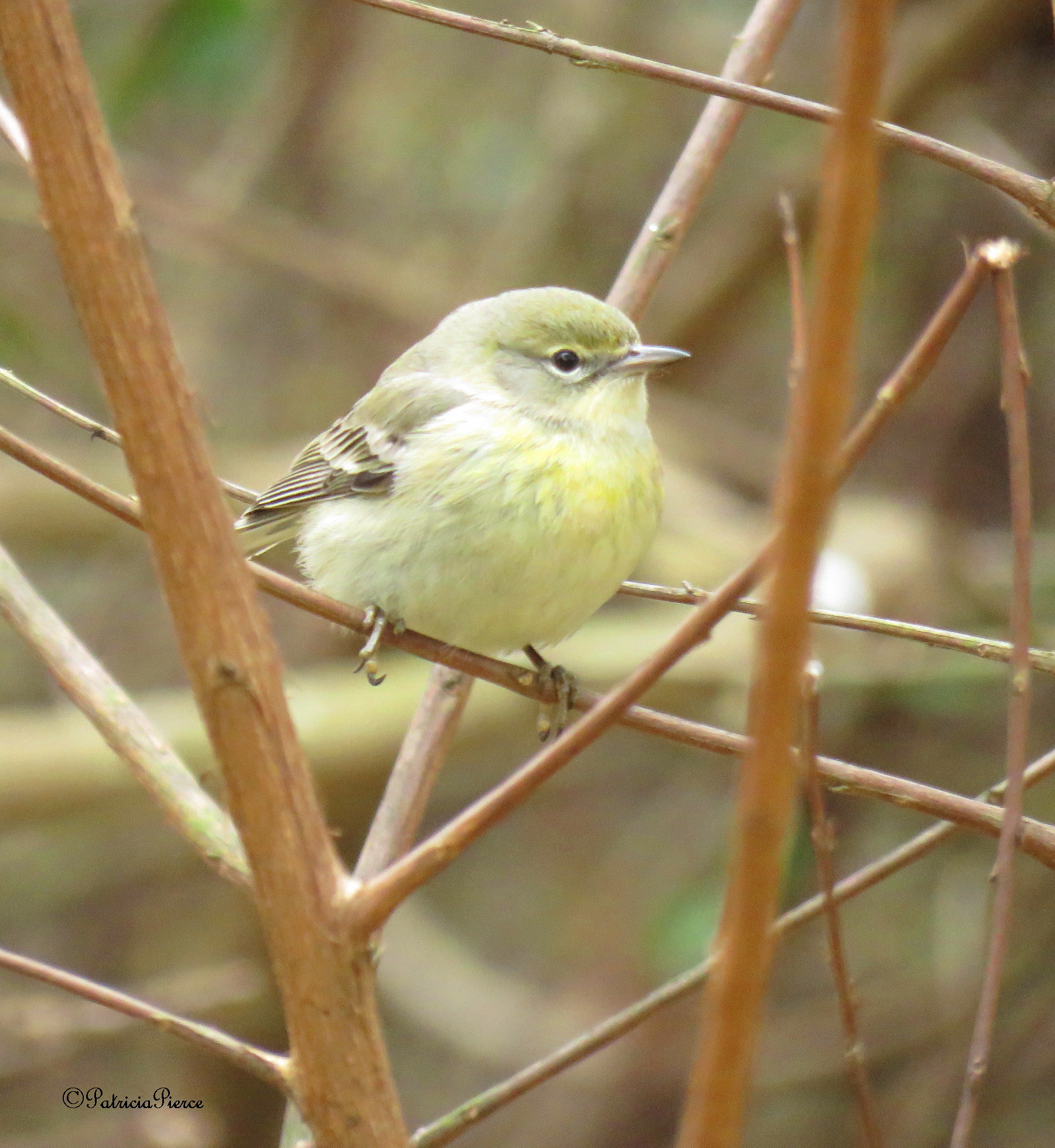 The Wood warbler is one of the largest European warblers. It lives in deciduous forests, preferring Oak Woods, and is found in particularly high numbers in Wales.

What Are the Best Ways to Store Bird Feed?

The top garden birds and their favourite food